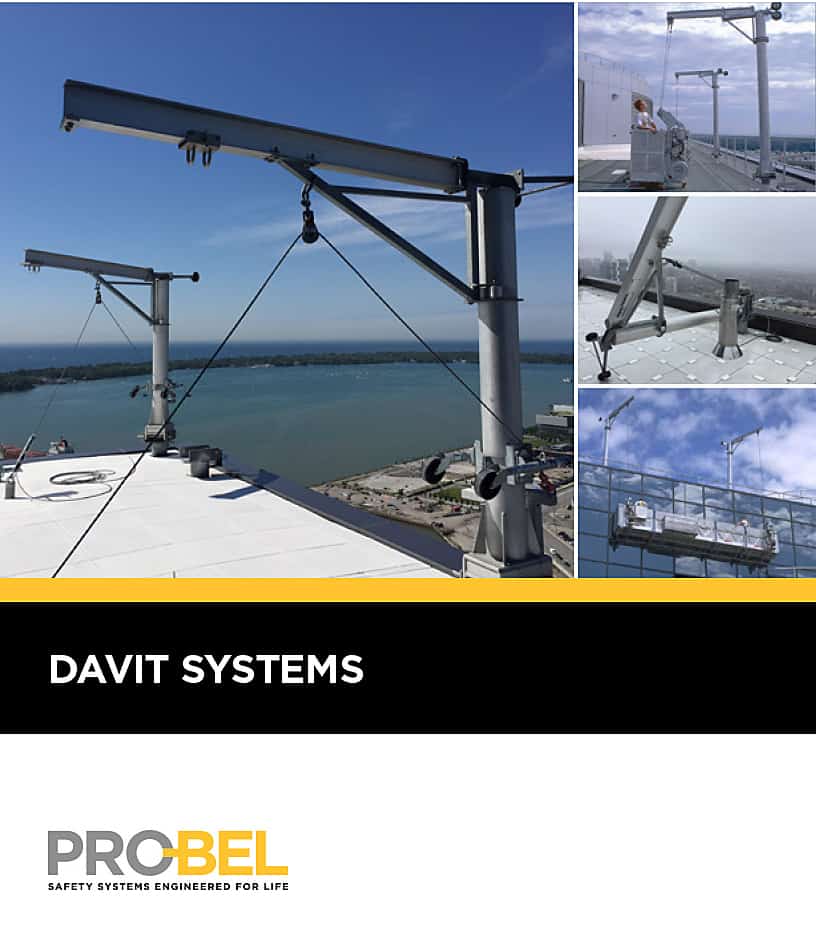 A davit system consists of two primary components, a base and an arm. The base is a permanent fixture to the building structure and the arm is typically portable with the ability to be raised, lowered and removed. In most cases a davit system will be used to rig a Powered Platform; however a davit system can be used with other forms of suspended equipment such as a single cage or a bosun's chair.