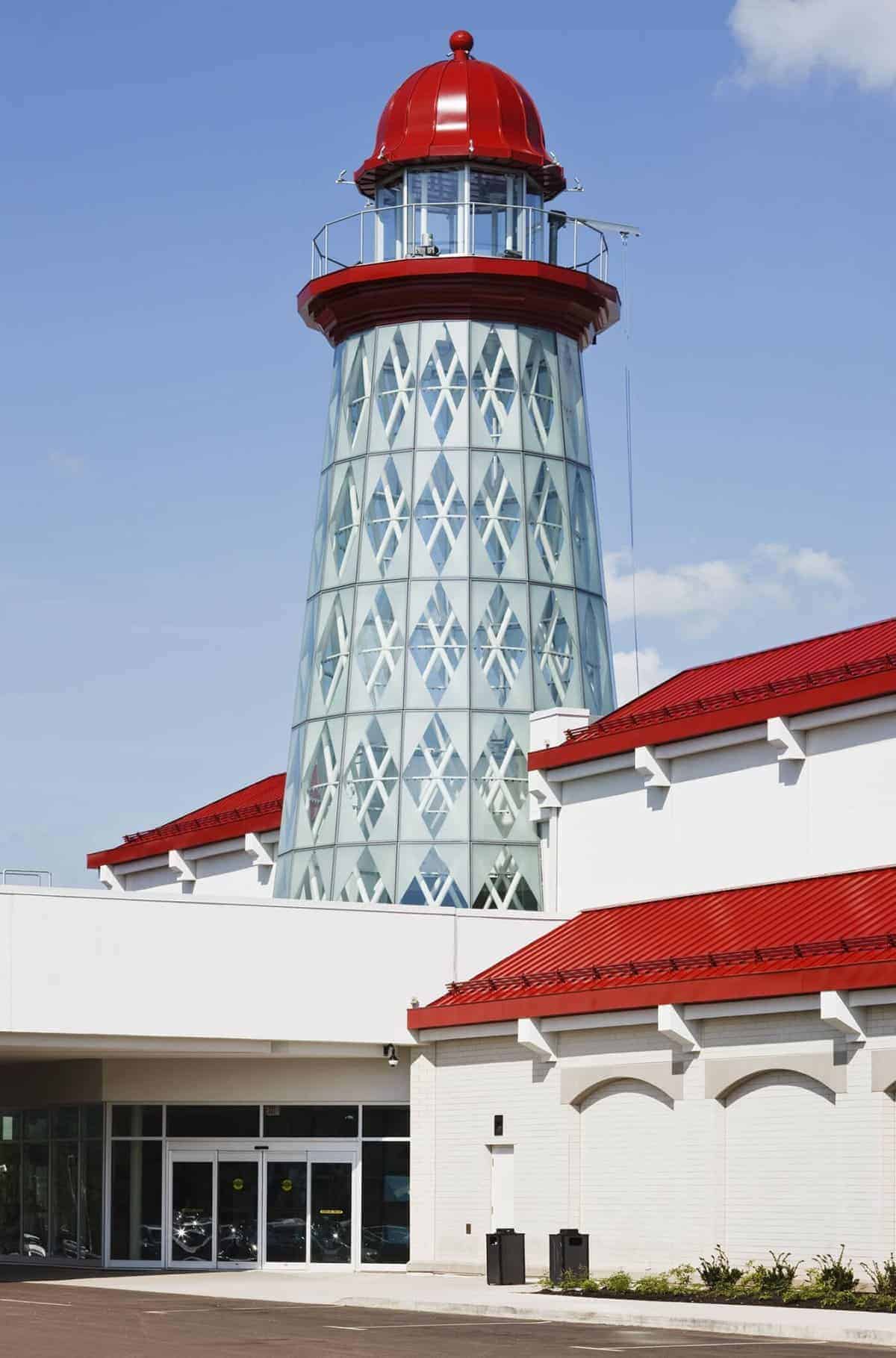 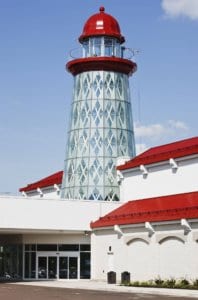 Sonco Gaming New Brunswick is building a $90 million casino and multi-use entertainment and convention centre in the Magnetic Hill area. Opening in 2010, the Casino complex will be comprised of three buildings – a 128 room hotel, a multi-function entertainment and 1500 seat convention centre named the Palladium and the casino. The buildings will be connected by an interior corridor that allows access to all three buildings. The corridor will be a gallery for pedestrians with the intention being to accent the walking path with pictures of the provinces 69 lighthouses. A lighthouse theme will be a feature of the exterior design of the casino building which will function as an exterior landmark – with a decorating compass fountain in the centre – and entry for the casino. Pro-Bel’s task was to engineer a window cleaning/suspended maintenance system for maintaining the exterior and interior lighthouse glass consisting of an extensive and creative diamond pattern façade. Moncton is an inland city and the nearest real lighthouse is probably about 25 km away.

Starting at the top exterior deck of the lighthouse, two swivelling davit arm assemblies are used to suspend a powered chair with both ascent and descent capabilities, with rubber wheels (to allow controlled contact on the decorative glass). At this level, workers also rig their uppermost interior suspension lines via a localized window, and using a special pole to connect and disconnect their lines. The powered chairs are launched from either the adjacent ground or from the lower roof level of the Casino.

The interior of the lighthouse also utilizes Pro-bel’s specialized equipment to suspend a powered chair for cleaning the interior glass. Starting at just the underside of the cupola, the chair (and lifelines) are suspended from U-bar ceiling anchors. At the under-deck level ceiling, a second set of suspension lines are rigged to a circular monorail system to service the lower portion of the lighthouse. The monorail is a complete circle at the interior perimeter glass, thus allowing the workers to traverse continuously and clean/maintain without interruption. Monorails are often used to access large overhangs which are difficult-to-reach or otherwise inaccessible portions of buildings.

With the lighthouse acting as a focal point for the entire casino, it is anticipated the decorative windows will be cleaned at frequent intervals.