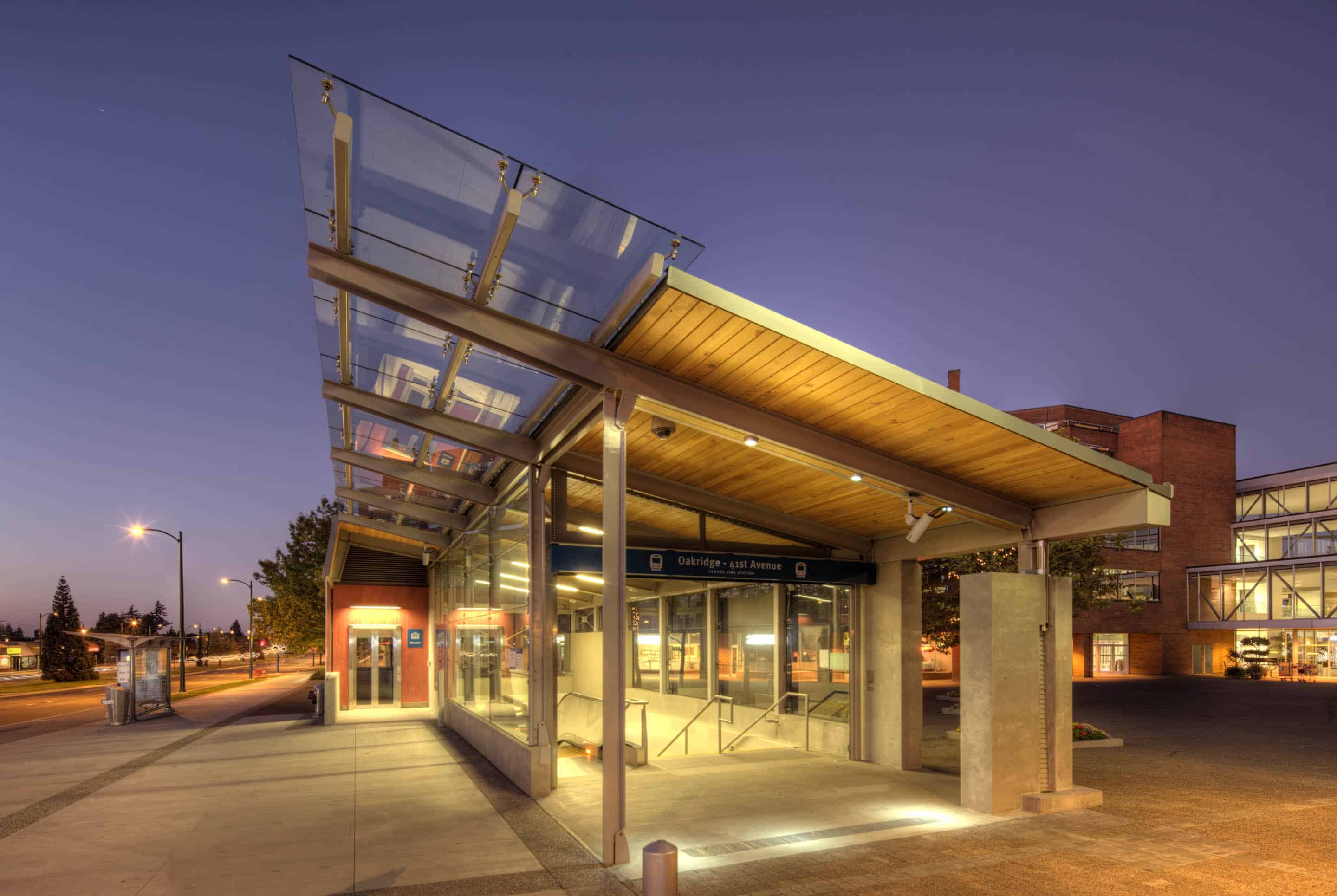 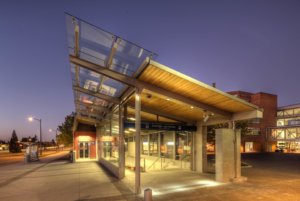 The Canada Line is a rapid transit line in the Metro Vancouver region of British Columbia, Canada, comprising of 19.2 kilometres (11.8 miles) of track. Opened in August 2009, it is the third line in TransLink’s Sky Train metro network, servicing Vancouver, Richmond and the Vancouver International Airport. The Canada Line opened well in advance of the 2010 Winter Olympics which it was also designed to serve, to transport riders from the airport to downtown.

The terminal roofs, link bridges and other narrow roof areas were provided exclusively with weldment u-bar safety anchors and horizontal cable lifelines for fall protection. The roof areas were designed without the benefit of minimum 1067 mm (42″) high parapets or safety guardrails. The horizontal cable was used to access work stations, especially on long, narrow roofs whereas the individual u-bar anchors were used to tie off near the roof edges of the larger roof areas. A horizontal cable lifeline system is a permanently installed, multi-span anchored cable which serves as an attachment point for travel restraint or fall arrest lanyards.

Pro-Bel typically offer two different types of horizontal cable systems – a “Hands-Free” system, and a “Double Lanyard” (DL) system, which was selected for the Canada Line project. The DL, consisting of an 8 mm (5/16″) cable system, employs a double lanyard method of providing 100% tie-off. The “DL” system is more economical than the “Hands-Free” system, however there is a human error element of risk if workers are completely detached during the transfer procedure required on either side of the transfer anchor points i.e. non-continuous.

A Pro-Bel “Hands-Free” Horizontal Lifeline system, however somewhat more expensive, employs a runner that follows the worker along the cable and mechanically bypasses all intermediate brackets without disconnecting thereby providing continuous “hands-free” protection regardless of travel surface geometry. 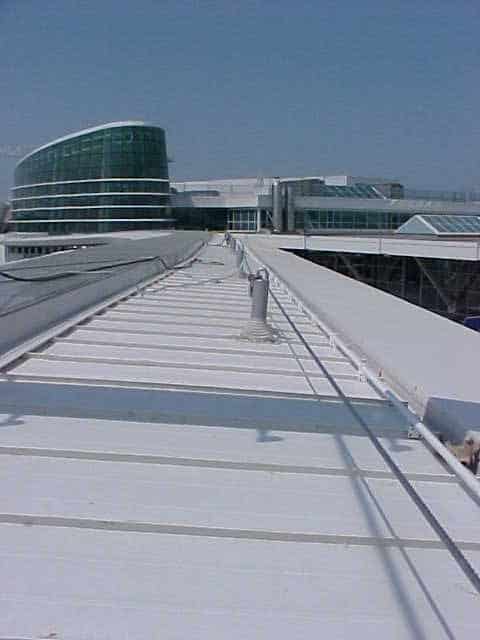 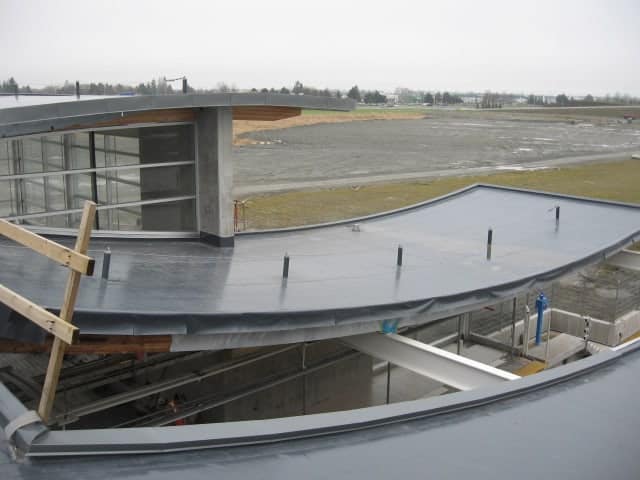 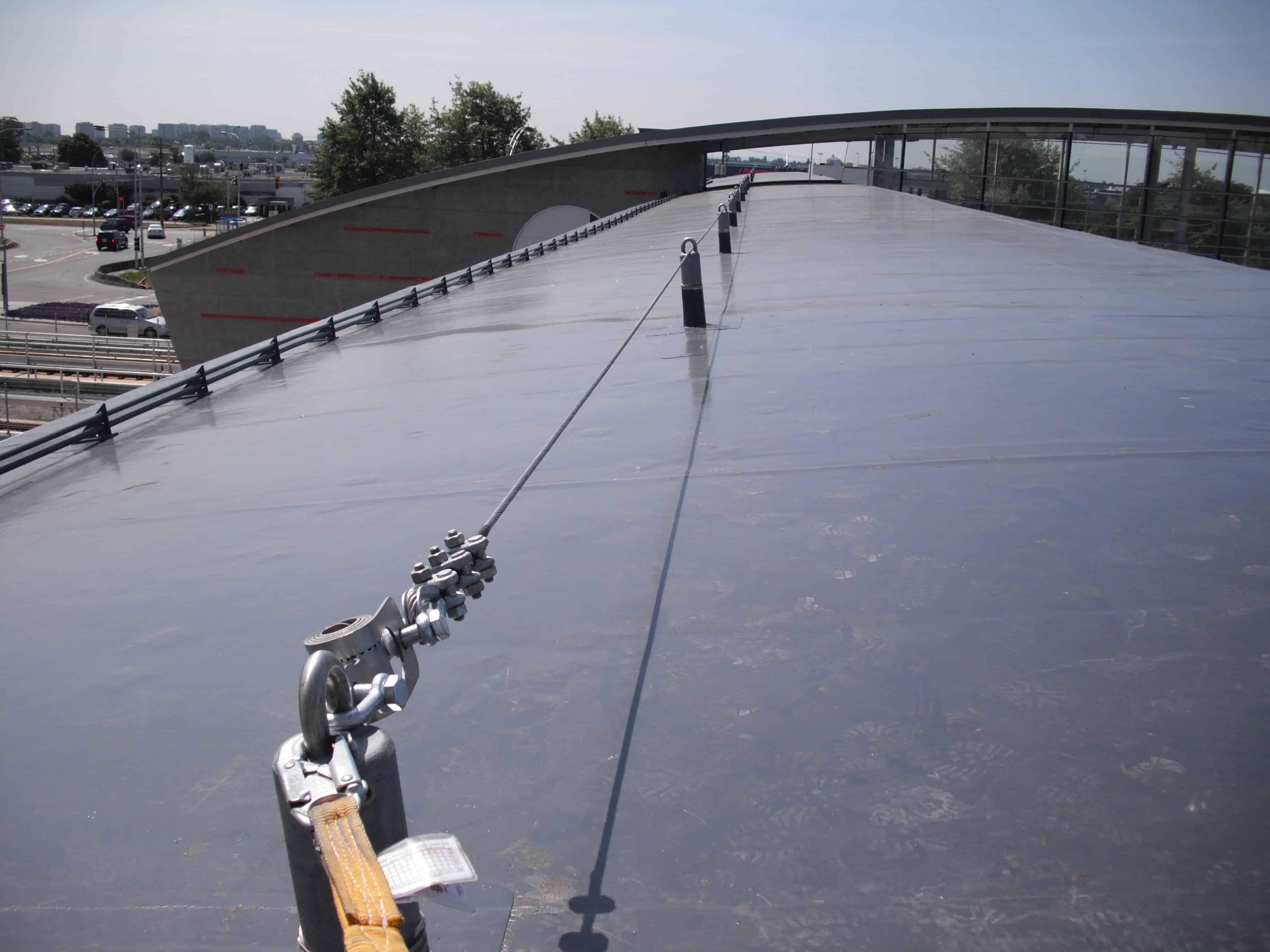